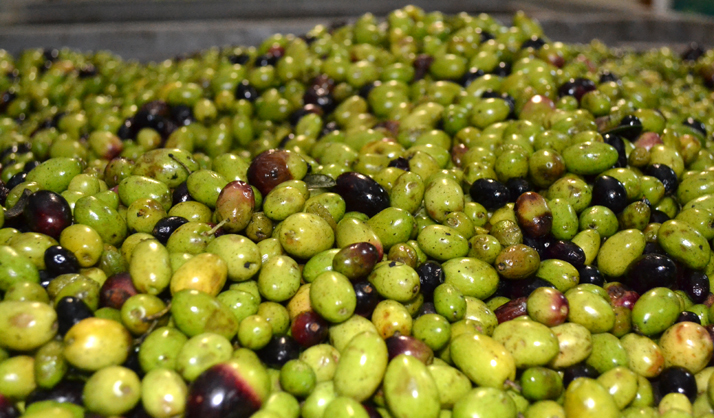 BIANCOLILLA
It is a tree that well adapted to the territory even though it is not much widespread in the several olive groves of the region. It has thick foliage, large trunk, very high fruitfulness and average oil output.

CASSANESE
It is sporadically widespread in the Apulian region and is a high vigour tree with a soaring trunk. An early bearing and consistent fruitfulness are its main features.

FRANTOIO
It is quite much grown in Apulia even though it is not an indigenous cultivar. This medium vigour tree has small and leaning branches, a high, consistent and early fruitfulness and an average oil yield.

FS 17 o FAVOLOSA
This non-indigenous cultivar comes from the clonation of the Frantoio cultivar, which is grown in the provinces of Bari and Lecce. It has an early bearing, abundant and consistent fruitfulness and good oil output.

LECCINO
This vigorous and thick foliage tree spread through Apulia region and mostly in the Salento very easily. It has an early bearing, high and consistent fruitfulness and low oil yield.

MAURINO
Not much widespread in the region, this tree has a medium vigour and a leaning trunk. Its main features are the early bearing and the high and consistent fruitfulness.

MORAIOLO
It is a typical cultivar of Central Italy that well adapted to the Apulian land even though it is not much widespread yet. It has a large trunk, high oil output and good fruitfulness.

PENDOLINO
This cultivar is not much grown in the region. It has a medium vigour and leaning trunk and thick foliage. It is very fruitful and consistent and adapts to different lands very easily.

ROTONDELLA
It spread to Apulia region and mostly in the provinces of Bari and Foggia. It is a medium vigour tree with a soaring trunk and thick foliage. Its oil yield is good and its fruitfulness is alternate.